What We Can Learn From Japan 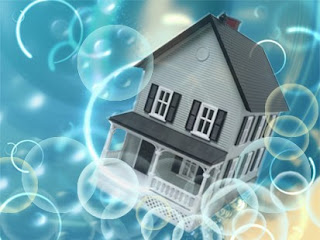 I've only recently become aware of the real estate "bubble" that took place in Japan from 1986 to 1990, where real estate prices became so outrageous it is said land in Tokyo's Ginza district was going for $139,000 per square foot! But then things went South, way South. People were losing 80% of the equity in their homes. A $500,000 home would now be worth $100,000 but you're still paying a $500,000 mortgage. Talk about throwing your keys at the lender and walking away. And this lasted for 17 years only to experience an upturn in 2003. Ouch.

Is this where some parts of the United States are headed? Absolutely not. But according to Wikipedia (I'm not sure how accurate this is but it's the point that matters), the US lost $20 trillion in investments in the Japanese stock market due to their real estate collapse. So shouldn't we know better? Shouldn't the CEO's, CFO's and COO's of the largest global financial institutions - who I assume were around then - know that too much development, building and loose lending will eventually end up hurting the economy in the long run?

And shouldn't cities like Dallas know better? Didn't we learn anything from overbuilding skyscrapers in the 80's that now sit vacant and unused? Sure it's great when money is pouring in and condos and homes are being snatched up at a healthy clip. But aren't there any regulations or restrictions to make sure we don't overdo it? Most builders in Lakewood were building - and selling - their inventory between 1998 and 2004 and then started branching out into other areas because investors were swarming and invading their territory and ignorantly buying any tear down they could get their hands on at ridiculous prices assuming someone would pay them top dollar no matter what type of structure they built on the lot. Other areas guilty of the same mentality are downtown and all of their condo conversions and new builds, Oaklawn/Uptown, Preston Hollow and certain parts of the Park Cities. And lets not leave out Frisco, McKinney, Rowlett, Murphy, Wylie, Sachse, Cedar Hill, Mansfield...I could go on and on. Lavon, TX was recently featured in the New York Times because they are a prime example of how overbuilding has virtually brought the city to a complete stand still. From the article,

"These were not towns built on the speculation that soaring home prices would continue forever, like many developments in Florida and on the West Coast. These bedroom communities of bedroom communities were built because land was cheap, jobs were plentiful and mortgage rates were low."

I find this statement interesting because nowhere does the person say anything about the communities being built due to consumer demand. This is the golden rule for any retail product. Look at the Nintendo Wii. You still can't find the damn thing anywhere because the company releases the gaming system in small numbers. They get bought within hours. Rinse and repeat. That's the idea. Unfortunately people have been treating real estate like a commodity and not a product. They want to treat it like stock instead of selling a home for what it truly is, a product. Homeowners are also guilty of this mentality.

Financial Week ran a story back in 2007 reiterating what we already know. That builders are hurting because they can't sell their existing inventory.

To which I say, ya think so doctor? This is the root of our problem and I think Dallas needs to step in and prevent this from happening again. Why can't we use the Wii mentality and limit the number of speculative homes or condos being built within Dallas? This will create a sort of pseudo-demand. Builders won't be able to build willy-nilly and the consumer will still have a healthy number of homes/condos to choose from. As long as we stay under our historic healthy inventory levels then builders are free to build and receive permits. Once we breach that level then the city can halt all new speculative construction for 30 or 45 days or until inventory levels return to normal. I'm sure the big companies would never agree to this idea but I'd choose this scenario and know that my real estate values are being protected over what happened to Japan over the last 17 years, or what's happening to Lavon, TX right this very minute, any day of the week.
Posted by Jeff Duffey at 5:48 PM