My Prediction for Dallas Real Estate in 2008 and Beyond 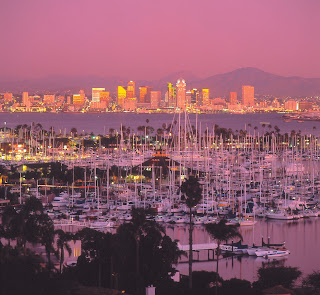 Dallas ain't San Diego (pictured), thankyouverymuch. And that's just how we want to keep it. Wells Fargo economist, Scott Anderson, has said that Southern California home prices will decline over 10 percent in 2008, and additional half a percent in 2009, where he too believes the market will bottom. Not only that but an economist at Beacon Economist in Los Angeles feels that real estate prices in San Diego and Southern California will continue to decline through 2009 and will not show significant improvement until 2012.
2012? Ouch! My 2008 prediction for Dallas is there will be less sales this year but prices will remain flat (up or down 1% in Dallas), similar to 2007. In 2009 we will see a 2% or 3% increase in appreciation and the number of sales will increase slightly over 2008 numbers. And those that were walking away from their negative equity in '06, '07 and '08 will be itching to get back into the real estate market in 2010, 2011 & 2012.
Posted by Jeff Duffey at 9:46 AM