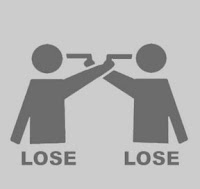 This story is definitely a must read if you own a condo (and especially if you are falling behind on paying your HOA dues). Homeowners Associations for condos are cracking the whip on those residents who are in short sale situations - sales in which mortgage holders agree to take less than they are owed to avoid foreclosing on the property. This article gives us an example of the condo owner who thinks they've sold their condo and negotiated a short sale with their lender but is stopped dead in their tracks and the sale falls through because the HOA is demanding their full share or they will file a lien on the property. What buyer is going to buy a condo with a lein already on it? Zero. So we have a seller who obviously can't pay the dues and the lender certainly isn't going to since they are already taking a loss. So who pays the dues? Good question but let's look at who really has the most to lose.

The article makes a good point in saying if the dues are not collected they usually end up collecting the money from the other residents which increases their HOA dues. It's not fair but the money has to come from somewhere, right? But also keep in mind the HOA isn't just after the unpaid dues. Attorneys fees are now involved so the number just keeps growing. What a mess!

I think HOA's in general are a huge pain in the ass to deal with and I have plenty of stories to back that up. But I have to comment on this quote from an attorney who represents many HOA's.

What?!?!?! What does the Realtor have to do with a seller who isn't paying their HOA dues? The bank is the one who gave the seller the money so they might be partially to blame but they are also losing money on the deal so they're being punished. So why bring up the Realtor saying they expect the condo association to take a bath on it? The condo association assumes the risk of not being paid when it's formed! But I digress.

I'll stop bitching and get to the possible solutions. The HOA is holding out for 100% of what they are owed plus their attorney's fees which is a great way to end up with - you guessed it - nada, zip, zilch, NOTHING! The bank is willing to negotiate a loss but the HOA is not willing to forgive the unpaid dues so the bank ends up with a condo they don't want and the HOA gets no money for dues or their attorney's fees. You would think it would behoove the HOA to get involved with the negotiations and see if they can't get a little cash out of the deal whether from the buyer or the bank. But the sad truth is that they are willing to let the condo go into foreclosure and turn around and get the money - and the attorney's fees - from the other residents. You.

So beware if you're a resident in an association that's killing short sales because of uncollected HOA dues. You might be proud of your HOA for standing strong and demanding to be paid what they're owed. The truth is that there is no one to get the money from and if they allow the home to be foreclosed on, you, the responsible home owner, get screwed twice. You now have a foreclosure sale on the books which is most likely a lot less than what you paid for your condo and your HOA dues increase to make up for the loss. I live in a townhome community and you better believe I'll be all up in the HOA's business trying to see what we can do to avoid a foreclosure sale in my neighborhood. You should too. Otherwise you end up with a lose-lose.
Posted by Jeff Duffey at 8:55 PM